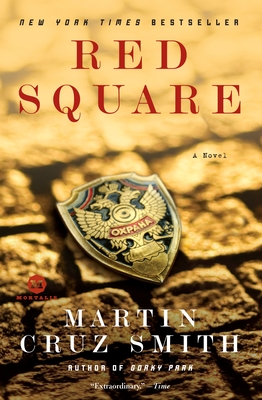 This is book number 3 in the Arkady Renko series.

Back from exile in the hellish reaches of the Soviet Union, homicide investigator Arkady Renko discovers that his country, his Moscow, even his job, are nearly dead. But his enemies are very much alive, and foremost among them are the powerful black-market crime lords of the Russian mafia. Hounded by this terrifying new underworld, chased by the ruthless minions of the newly rich and powerful, and tempted by his great love, defector Irina Asanova, Arkady can only hope desperately for escape. But fate has something else in store.

“Extraordinary.”—Time
Martin Cruz Smith’s novels include Gorky Park, Stallion Gate, Polar Star, Stalin’s Ghost, Rose, December 6, Tatiana, and The Girl from Venice. He is a two-time winner of the Hammett Prize, a recipient of Britain’s Golden Dagger Award, and a winner of the Premio Piemonte Giallo Internazionale. He lives in California.