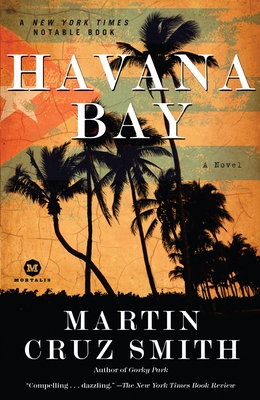 This is book number 4 in the Arkady Renko series.

When the corpse of a Russian is hauled from the oily waters of Havana Bay, Arkady Renko comes to Cuba to identify the body. Looking for the killer, he discovers a city of faded loneliness, unexpected danger, and bewildering contradictions. His investigation introduces him to a beautiful Cuban policewoman; to the rituals of Santeria; to an American fugitive and a group of ruthless mercenaries. In this place where all things Russian are despised, where Hemingway fished and the KGB flourished, where the hint of music is always in the air, Arkady finds a trail of deceit that reaches halfway around the world–and a reason to relish his own life again.
Martin Cruz Smith is the author of Gorky Park, as well as Stallion Gate, Polar Star, and Rose, among other novels. He lives in California with his wife and three children.
“IRRESISTIBLE . . . THE PLOT HAS PLENTY OF TWISTS. . . . THE CLIMAX IS WONDERFULLY PACED . . . SIZZLE[S] WITH AN AUTHENTICITY THAT IS RARE INDEED.”
–USA Today

“RIPE WITH THE RHYTHMS AND TROPICAL HEAT OF MODERN-DAY CUBA . . . Another fine entry in an enjoyable series of spy novels . . . The year’s steamiest read.”
–The Wall Street Journal