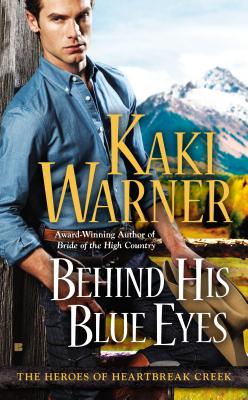 This is book number 1 in the The Heroes of Heartbreak Creek series.

Award-winning author Kaki Warner gives fans a reason to celebrate with the first in a brand-new Western trilogy set in Heartbreak, Colorado, starring an advance man for the railroad—and the woman whose trust (and heart) he longs to win.  For fans of Linda Lael Miller and Jodi Thomas...

Hoping to escape his past, Ethan Hardesty left a career as an architect and went to work for the railroad. Only two things impede his desire to transform Heartbreak Creek into a thriving town once again—a vandal bent on stopping the railroad, and the beautiful but hardheaded woman who won’t sign over the final right-of-way through the canyon.

Audra Pearsall has good reason for not allowing a train to pass within yards of her home, no matter how persuasive the handsome Mr. Hardesty can be. But when vandalism escalates to murder and fear stalks the canyon, Audra doesn’t know who to turn to—until the man she thought was her friend proves to be an enemy, and the man she wouldn’t allow herself to trust becomes her reluctant hero…
Kaki Warner is a RITA-winning author and longtime resident of the Pacific Northwest. Although she now lives on the eastern slopes of the Cascade Mountains in Washington, Kaki grew up in the Southwest and is a proud graduate of the University of Texas. She spends her time gardening, reading, writing, and making lists of stuff for her husband to do, all while soaking in the view from the deck of her hilltop cabin.
Praise for the novels of Kaki Warner
“A truly original new voice in historical fiction.”—New York Times bestselling author Jodi Thomas
“I highly recommend any of [Kaki Warner’s] books.”—USA Today
“[A] solid romance…an engaging read.”—Publishers Weekly
“Flawlessly written.”—Chicago Tribune
“Filled with adventure, humor, and deeply satisfying emotion.”—The Romance Dish