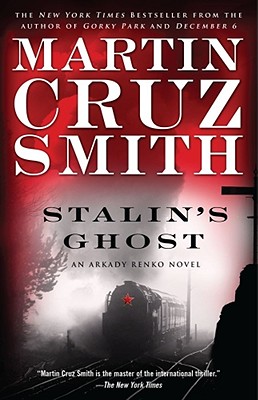 This is book number 6 in the The Arkady Renko Novels series.

Detective Arkady Renko returns to Moscow in the internationally bestselling series about Russian crimes, broken hearts, and the mysteries of the soul.

Investigator Arkady Renko, the pariah of the Moscow prosecutor's office, has been assigned the thankless job of investigating a new phenomenon: late-night subway riders report seeing the ghost of Joseph Stalin on the platform of the Chistye Prudy Metro station. The illusion seems part political hocus-pocus and also part wishful thinking, for among many Russians Stalin is again popular; the bloody dictator can boast a two-to-one approval rating. Decidedly better than that of Renko, whose lover, Eva, has left him for Detective Nikolai Isakov, a charismatic veteran of the civil war in Chechnya, a hero of the far right and, Renko suspects, a killer for hire. The cases entwine, and Renko's quests become a personal inquiry fueled by jealousy.

The investigation leads to the fields of Tver outside of Moscow, where once a million soldiers fought. There, amidst the detritus, Renko must confront the ghost of his own father, a favorite general of Stalin's. In these barren fields, patriots and shady entrepreneurs -- the Red Diggers and Black Diggers -- collect the bones, weapons and personal effects of slain World War II soldiers, and find that even among the dead there are surprises.
Martin Cruz Smith’s novels include Gorky Park, Stallion Gate, Nightwing, Polar Star, Stalin’s Ghost, Rose, December 6, Tatiana, The Girl from Venice, and The Siberian Dilemma. He is a two-time winner of the Hammett Prize, a recipient of the Mystery Writers of America’s Grand Master Award and Britain’s Golden Dagger Award, and a winner of the Premio Piemonte Giallo Internazionale. He lives in California.