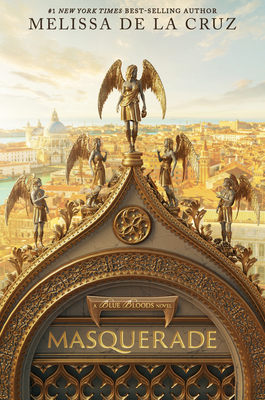 The thrilling sequel in Melissa de la Cruz’s vampire mythology has all the glamour, attitude, and vampire lore.

Schuyler Van Alen wants an explanation for the mysterious deaths of young Blue Bloods. Her search brings her to Venice, Italy, in the hopes of finding the one person who can help...her grandfather. But the search only makes things more confusing. What secrets are the leaders of the Committee hiding?

Meanwhile, back in New York, preparations are feverishly underway for the famous Four Hundred Ball, an exclusive gala hosted by the city’s wealthy, powerful, and unhuman—a true Blue Blood affair. But it’s at the after-party masquerade that the true danger lurks. Hidden behind the masks is a revelation that will change the course of a young vampire’s destiny.

Rich with glamour, attitude, and vampire lore, this second installment in the Blue Bloods saga will leave readers thirsty for more.

Melissa de la Cruz (www.melissa-delacruz.com) is the author of the #1 New York Times best-selling Descendants series, as well as many other best-selling novels, including Alex & Eliza and all the books in the Blue Bloods series: Blue Bloods, Masquerade, Revelations, The Van Alen Legacy, Keys to the Repository, Misguided Angel,Bloody Valentine, Lost in Time, and Gates of Paradise. She lives in Los Angeles, California, with her husband and daughter.