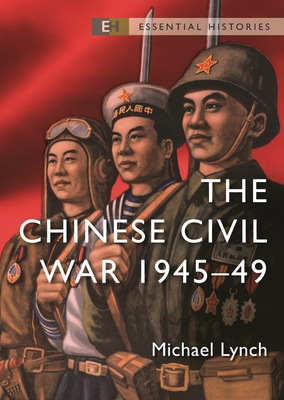 In this fully illustrated introduction, Dr Michael Lynch provides a concise overview of the Chinese Civil War, a defining conflict in world history.

Between the end of World War II and the dawn of the Cold War, one of the most important conflicts in modern history reached its climax. In this illustrated history, bestselling historian Dr Michael Lynch examines how the long struggle between Chiang Kai-shek's Nationalists and Mao Zedong's Communists exploded into an intense, brutal and ruthlessly fought civil war. Delving into the political background and complex ramifications of the conflict, he assesses Mao and Chiang's millions-strong armies, their strategies and commanders, and the critical campaigns that won and lost China. By 1949 the Nationalist government was defeated and in exile in Taiwan, and the new People's Republic of China was ready to emerge as a major Cold War power.

Updated and revised for the new edition, with full-colour maps and new images throughout, this is a concise study of one of the bloodiest conflicts of the 20th century and its significant repercussions, the issues around which remain unresolved today.

Dr Michael Lynch is an Honorary Fellow in the School History, Politics & International Relations at the University of Leicester. His specialist areas of interest include modern European and Asian history. His previous publications include The People's Republic of China 1949–76, 2nd Edition (Hodder and Stoughton, 2008), China 1839–1997 (Hodder, 2016) and Mao (Routledge, 2017), among many others. He is a bestselling author on Hodder's Access to History series as well as an editor on the series as a whole.