The Red Scrolls of Magic (The Eldest Curses #1) (Paperback) 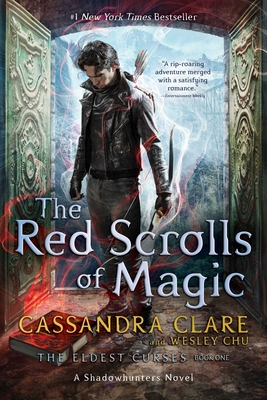 The Red Scrolls of Magic (The Eldest Curses #1) (Paperback)

This is book number 1 in the The Eldest Curses series.

From #1 New York Times and USA TODAY bestseller Cassandra Clare and award-winner Wesley Chu comes the first book in a new series full of “swoon-worthy romance [and] abundant action” (Publishers Weekly). The Red Scrolls of Magic is a Shadowhunters novel.

All Magnus Bane wanted was a vacation—a lavish trip across Europe with Alec Lightwood, the Shadowhunter who against all odds is finally his boyfriend. But as soon as the pair settles in Paris, an old friend arrives with news about a demon-worshipping cult called the Crimson Hand that is bent on causing chaos around the world. A cult that was apparently founded by Magnus himself. Years ago. As a joke.

Now Magnus and Alec must race across Europe to track down the Crimson Hand before the cult can cause any more damage. Demons are now dogging their every step, and it is becoming harder to tell friend from foe. As their quest for answers becomes increasingly dire, Magnus and Alec will have to trust each other more than ever—even if it means revealing the secrets they’ve both been keeping.
Cassandra Clare is the author of the #1 New York Times, USA TODAY, Wall Street Journal, and Publishers Weekly bestselling Shadowhunter Chronicles. She is also the coauthor of the bestselling fantasy series Magisterium with Holly Black. The Shadowhunter Chronicles have been adapted as both a major motion picture and a television series. Her books have more than fifty million copies in print worldwide and have been translated into more than thirty-five languages. Cassandra lives in western Massachusetts with her husband and three fearsome cats. Visit her at CassandraClare.com. Learn more about the world of the Shadowhunters at Shadowhunters.com.

Wesley Chu won the John W. Campbell Award for Best New Writer. His debut novel, The Lives of Tao, earned him a Young Adult Library Services Association Alex Award and a Science Fiction Goodreads Choice Award Top 10 slot. He is also the coauthor of the Eldest Curses series with Cassandra Clare, the first book of which debuted at #1 on the New York Times bestseller list.
“Sexual tension abounds as the two steal moments of sizzling romance while fighting demons and solving the mystery…Peak champagne-filled indulgence.”
— Kirkus Reviews

"Magnus and Alec’s swoon-worthy romance explores the transformative power of love, while abundant action drives the tale to a harrowing finish."
— Publishers Weekly

"It’s hard to get more star-crossed than demon-spawn and angel-spawn, immortal and mortal, but this is Clare in her element, and Chu (Time Siege, 2016) brings his deft hand at writing thrilling action and combat as Clare’s newest coauthor."
— Booklist 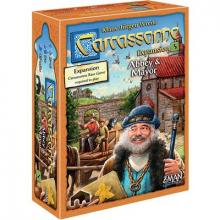