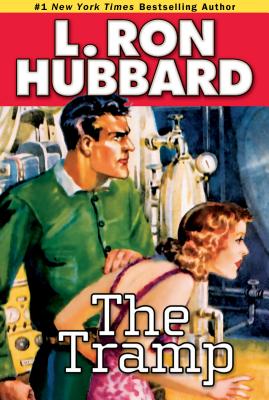 Penniless, homeless and virtually lifeless, the vagrant "Doughface" Jack is about to discover that where medical marvels meet the mysteries of the human mind, amazing things happen. Like one of the comic book X-Men mutants, The Tramp acquires a capability beyond his imagination and without equal on Earth.

Riding the rails, Jack runs afoul of a local sheriff and ends up with a crushed skull. He's as good as dead until a savvy country doctor performs a bit of medical magic. Jack wakes up to find that his brain has been drastically altered. He has the power to save lives--and destroy them--with a single glance.

Will Jack use his astounding power for good ... or for evil? His journey of discovery takes him to New York and into the arms of a woman, who has a plan of her own. Together they're bound for Washington, D.C., and a psychic adventure that could change the shape of history.

The Tramp was originally serialized in 1938 in three issues of Astounding Science Fiction. Its respected editor, John W. Campbell, wrote: "Hubbard is a very highly experienced writer, an author with a tremendous background of writing in every field. He's one of the few professional writers I know of who gets a genuine kick out of the story he's writing. In The Tramp, the suspense is intensified step by step, because every step points the same way. There are no backward slips, no scattered accidents that tend in any direction other than the one toward which Hubbard is driving."

"...a series not to be missed by any true pulp-fiction fan." --Comics Buyers Guide

With 19 New York Times bestsellers and more than 230 million copies of his works in circulation, L. Ron Hubbard is among the most acclaimed and widely read authors of our time. As a leading light of American Pulp Fiction through the 1930s and '40s, he is further among the most influential authors of the modern age. Indeed, from Ray Bradbury to Stephen King, there is scarcely a master of imaginative tales who has not paid tribute to L. Ron Hubbard.