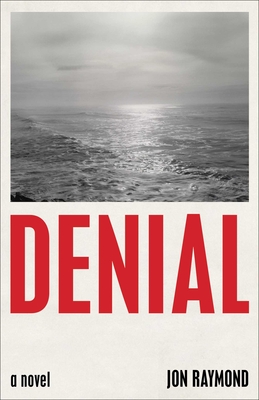 A futuristic thriller about climate change by the acclaimed screenwriter of First Cow, Meek’s Cutoff, and HBO’s Mildred Pierce.

The year is 2052. Climate change has had a predictably devastating effect: Venice submerged, cyclones in Oklahoma, megafires in South America. Yet it could be much worse. Two decades earlier, the global protest movement known as the Upheavals helped break the planet’s fossil fuel dependency, and the subsequent Nuremberg-like Toronto Trials convicted the most powerful oil executives and lobbyists for crimes against the environment. Not all of them. A few executives escaped arrest and went into hiding, including pipeline mastermind Robert Cave.

Now, a Pacific Northwest journalist named Jack Henry who works for a struggling media company has received a tip that Cave is living in Mexico. Hoping the story will save his job, he travels south and, using a fake identity, makes contact with the fugitive. The two men strike up an unexpected friendship, leaving Jack torn about exposing Cave—an uncertainty further compounded by the diagnosis of a life-threatening illness and a new romance with an old acquaintance. Who will really benefit from the unmasking? What is the nature of justice and punishment? How does one contend with mortality when the planet itself is dying?

Denial is both a page-turning speculative suspense novel and a powerful existential inquisition about the perilous moment in which we currently live.
Jon Raymond is the author of the novels The Half-Life, Rain Dragon, and Freebird, and the story collection Livability, winner of the Oregon Book Award. He has collaborated on six films with the director Kelly Reichardt, including Old Joy, Wendy and Lucy, Meek’s Cutoff, Night Moves, First Cow, and the forthcoming Showing Up, numerous of which have been based on his fiction. He also received an Emmy Award nomination for his screenwriting on the HBO miniseries Mildred Pierce directed by Todd Haynes and starring Kate Winslet. He was the editor of Plazm Magazine, associate and contributing editor at Tin House magazine, and a member of the Board of Directors at Literary Arts. His writing has appeared in Zoetrope, Playboy, Tin House, The Village Voice, Artforum, Bookforum, and other places. He lives in Portland, Oregon.
“We need more brave books like Denial that imagine a future that’s not dystopic—but that can show us how we might get there and who we’ll become when we do.”—Amy Brady, Scientific American

“There are a wealth of recent novels imagining the climate disaster that will befall us and the destruction of social contracts. But Raymond’s version of climate change reinforces the fact that the most important crisis facing humanity is human nature itself.”—Emily Firetog, Lithub

“Raymond’s style is so smooth and agreeably understated, and yet so tension-packed…A screenwriter as well as a novelist, he is less interested in doomsday and justice themes than in the complicated ways big moral causes play out. As calmly as the novel builds to its rapt conclusion, it’s a page-turner. A cool, compelling take on an incendiary topic.”—Kirkus Reviews

“Engaging…Raymond satisfies with a clever vision of a not-too-distant future. The moral ambiguity at the center leaves readers with much to chew on.”—Publishers Weekly

“Novelist and screenwriter Raymond takes us into the future in this cautionary tale about the potential devastation of global warming. But it’s more than that. It’s also a story of love, loyalty, and morality, all presented in the form of a thriller…The carefully sculpted prose has an addictive quality: the startling first sentence compels us read the second sentence, and before we know it, we’re almost at the end. With its fully realized depiction of a world recovering from cataclysmic events that happened only a couple of decades earlier, this is a natural fit for fans of near-future thrillers and for followers of Jeff VanderMeer’s environmentally themed fiction.”—David Pitt, Booklist

“I haven’t read anything like this before. Jon Raymond has taken climate fiction in a new and exciting direction. In this post-apocalyptic world, the apocalypse itself has receded and the strange, maddening work of climate reparations has begun. This exhilarating novel is as fast-paced as a thriller, but the mystery at the heart of it is not who committed the crime but how to live in its eerie aftermath.”—Jenny Offill, author of Dept. of Speculation and the New York Times bestseller Weather

“The future is so painful to think about, and yet I was totally hooked into Jon Raymond’s rendition of it in Denial, set in 2052: a world with new-fangled exhaustless cars but old philosophical quandaries, and older rituals: the bullfight, the scapegoat, the love interest. I blew through this book too quickly, but will be thinking about it for a long time to come.”—Rachel Kushner, author of The Flamethrowers and the New York Times bestseller The Mars Room

“Denial is a riveting tale that dares to imagine the afterlife of meaningful climate action. Jon Raymond wonders beautifully what it might feel like to summon the collective will to alter our society's suicidal arrangement. A thrilling and boldly hopeful ode to moving on, however imperfectly.”—Claire Vaye Watkins, author of Gold Fame Citrus and I Love You But I’ve Chosen Darkness

“What if we took the climate crisis seriously enough to punish its worst perpetrators? Denial is a thrilling ride into a near future where corporate villains are being brought to justice, but the justice is complicated—and so are some of the villains. Jon Raymond is a deft, sharp, exhilarating storyteller whose gift is to make us laugh even as he’s asking dead-serious questions about our collective peril.”—Leni Zumas, author of the national bestseller Red Clocks

“Topical yet timeless, Denial is a layered investigation of our past and future, our perceptions and our blind spots. Jon Raymond writes with economy and elegance, crafting a finely-tuned story that is thoughtful, gripping and even moving all at the same time.”—Charles Yu, National Book Award-winning author of Interior Chinatown

“Denial is a short, sharp book, a subtle exploration of what justice means on the other side of human-driven climate calamity. Jon Raymond has created a scarily plausible future, and against this future considers one of the pivotal questions of our age—how to hold responsible those who, in the dizzying days before the worst of things, profited off the planet’s destruction. There are no easy answers in this novel, only a deeply humane look at the chasm between crime and punishment, cause and consequence.”—Omar El Akkad, author of the national bestseller American War and What Strange Paradise